The Second Cyberwar Has Begun: WikiLeaks, Anonymous, The Intertubes... 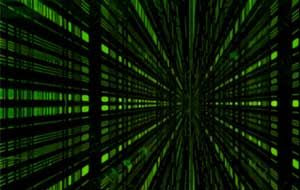 I previously wrote about Stuxnet the computer virus that appears to have been targeting Iranian nuclear facilities. Stuxnet is significant because it reached from computer hacking and information warfare into the control systems of the nuclear facilities with the ability to make things like the high speed centrifuges explode by modulating their rotational speed.

I am now going to describe WikiLeaks as the second cyberwar. WikiLeaks is an information war, but it has begun to reach out to the real world. PayPal, MasterCard, Amazon, and various banks and hosting companies have taken action against WikiLeaks after being contacted by the U.S. state department. Julian Assange has been targeted and arrested.

And now the net has begun to retaliate. This will be very interesting. This is in essence an internet insurgency. People from around the world are beginning cyber attacks against the entities that have taken action against WikiLeaks.

The beginning of those counter-attacks is by a relatively vile hive mind - anonymous. It's a group that can't be stopped. They live on the internet. Anonymous is a strange group. They publish and say and do awful things on the net. They "raid" and vandalise other websites. Yet they also go after white supremacists and paedophiles. They have been known to do random nice things like organise mass birthday card mailings to lonely old folks.

We do not forgive.

We do not forget.

- anonymous speaking to its targets (see scientology videos below)

"Anonymous is a cultural phenomenon which began on internet image boards. Many such boards require no registration for posting, and every poster remains anonymous. This format of communication is inherently noisy and chaotic. However, the unprecedented openness made possible by such boards has nurtured the appearance of a unique and persistent culture.

We are a collection of individuals united by ideas. You likely know Anonymous, although you don't know exactly who we are. We are your brothers and sisters, your parents and children, your superiors and your underlings. We are the concerned citizens standing next to you. Anonymous is everywhere, yet nowhere. Our strength lies in our numbers. Our will as a whole is the combined will of individuals. Our greatest advantage is a knowledge of the fundamentals we share as human beings. This knowledge is a fruit of our anonymity.

Anonymous has left its mark on society more than once. Previous Anonymous projects have resulted in the closing of the white-supremacist radio show produced by Hal Turner, and the criminal prosecution of Canadian paedophile Chris Forcand. Anonymous has been called a "Cyber Vigilante Group" by The Toronto Sun and Global News, though in reality we are much more than that.

We are Anonymous. You can be Anonymous, too. Together, we can shape society."

Why We Protest - Who is Anonymous?

"[Anonymous is] the first internet-based superconsciousness. Anonymous is a group, in the sense that a flock of birds is a group. How do you know they're a group? Because they're travelling in the same direction. At any given moment, more birds could join, leave, peel off in another direction entirely.

"One area where I disagree with him is in his insistence that all a denial-of-service attack can do is register protest. When you take down the website of a PostFinance or MasterCard, as Anonymous has done in the past, it does more than simply show disapproval, it affects business. This is the future of activism, and it is both empowering and scary. A group like Anonymous isn't really trying to impose anarchy as much as it's trying to impose the will of its members (or whichever members are active at a certain time). As it fights for freedom on the internet, it constricts the net itself, by taking down websites and halting e-commerce. And we have no idea who these people are. As one reporter for The Independent puts it, "Angry, porn-obsessed adolescents they might be, but they’re angry, obsessed adolescents with significant technological firepower—and a grudge." It's a bit troubling, frankly."

The Economist - Anonymous and cyber protest: Talking with Anonymous

The Tech Herald - Cablegate: Anonymous says the Internet will not be censored

The Guardian - WikiLeaks: Who are the hackers behind Operation Payback?
(the Guardian story contains at least one serious error in regard to anonymous. it describes anonymous as being about 1000 members. WRONG. tens of thousands have participated. estimates go into the 100s of thousands of "followers". there may be about 1000 anonymous [i don't know - no one does] involved in that DDOS attack [best estimates i've seen is that there are about 4000 involved in the current PayPal/VISA DDOS events], but there is a larger membership which has participated in major actions like the project against scientology. something in the order of 10,000 people physically came out to protest against scientology in addition to their online actions - James)